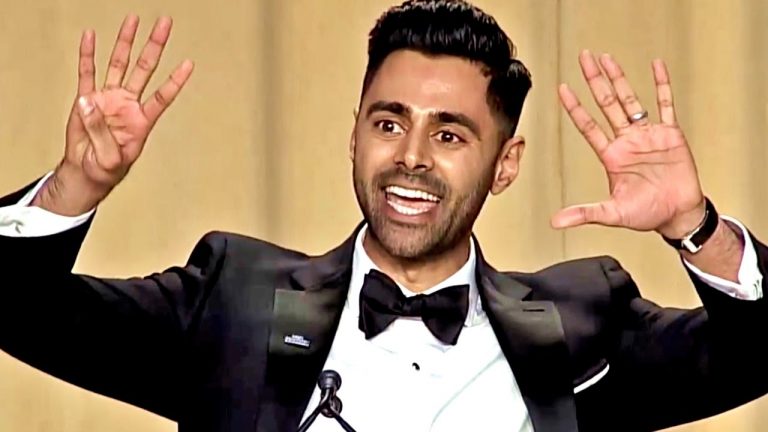 After working as a stand-up comic and appearing in minor television roles, he came to prominence for his work on The Daily Show as its senior correspondent from 2014 to 2018. Minhaj was the featured speaker at the 2017 White House Correspondents’ Dinner. His first stand-up comedy special, Homecoming King, debuted on Netflix on May 23, 2017, received positive reviews from critics and earned him his first Peabody Award in 2018. Minhaj left The Daily Show in August 2018 to host a weekly comedy show, Patriot Act with Hasan Minhaj, which debuted on Netflix on October 28, 2018. In April 2019, he won his second Peabody Award for Patriot Act, and he was listed among TIME’s 100 most influential people in the world.

On November 19, 2014, Minhaj joined The Daily Show as a correspondent, the last one hired by then-host Jon Stewart. Minhaj was asked to come in for an audition with new material after he sent in a tape of him performing an idea for a Daily Show segment, but he initially panicked as he had no other material prepared. The Friday before Minhaj’s audition, Ben Affleck and Bill Maher got into a heated exchange about Islam on Maher’s show, and Minhaj used this for a new sketch he called “Batman vs. Bill Maher”.

On June 18, 2016, Minhaj performed a set as the host of the annual Radio and Television Correspondents Dinner. The set gained attention for his condemnation of the United States Congress’ inaction in passing gun control legislation.

On April 29, 2017, Minhaj was the featured speaker at the 2017 White House Correspondents’ Dinner, where he took on the traditional role of roasting Washington, D.C. society, national politics, current events, the current president, the Washington press corps, and the American media. He criticized U.S. President Donald Trump, who was boycotting the dinner, calling him the “liar in chief,” and reminded the press to do their job.

Minhaj’s one-man show, Homecoming King, debuted Off-Broadway in October 2015. The show featured a central theme of the immigrant experience in the United States today, illustrated with stories from Minhaj’s life as a second-generation Indian-American Muslim. He later turned the show into his first stand-up special, Hasan Minhaj: Homecoming King, which premiered on Netflix on May 23, 2017. The special was filmed at the Mondavi Center at Minhaj’s alma mater, UC Davis, in January 2017, and won a television Peabody Award.

In March 2018, Netflix announced that Minhaj would host his own weekly show on the platform. The new show, entitled Patriot Act with Hasan Minhaj, premiered on October 28, 2018. The show received an initial order of 32 episodes. Patriot Act explores the modern cultural, political and economic landscape. In April 2019, Minhaj was listed among TIME’s 100 most influential people in the world, and won his second Peabody Award for Patriot Act. In August 2020, Minhaj announced the series would not be renewed after 40 episodes.

On November 13, 2020, it was announced that Minhaj would join season 2 of The Morning Show.

Sorry, no records were found. Please adjust your search criteria and try again.

Hasan Minhaj comes from a Muslim family originally from Aligarh in Uttar Pradesh, India. His parents, Najme and Seema (née Usmani), immigrated to Davis, California, where Minhaj was born and raised. After his birth, he and his father, a chemist, remained in the United States. His mother returned to India for eight years to complete medical school, visiting the U.S. after three years to give birth to his sister in 1989. Minhaj did not know he had a sister until he was eight when his mother and sister returned permanently from India. In addition to English, he is fluent in Hindi and Urdu. His sister, Ayesha Minhaj, is an attorney in the San Francisco Bay Area. He attended Davis Senior High School, graduating in 2003. Minhaj attended the University of California, Davis, where he majored in political science. He graduated in 2007.

While in college, he became interested in comedy after seeing Chris Rock's Never Scared, the first stand-up special he watched. He began traveling to San Francisco to perform. In 2008, he won Wild 94.9's "Best Comic Standing" competition, which resulted in his working as an opening act for Katt Williams, Pablo Francisco, and Gabriel Iglesias. He also worked part-time for the website Ning, an experience he used to write comedy. Minhaj lists Kevin Shea, W. Kamau Bell, and Arj Barker as inspirations.

In 2009, Minhaj moved to Los Angeles to perform on NBC's Stand-up for Diversity, on which he was a finalist. In 2011, he was recurring on the TV sitcom State of Georgia and starred in various roles on the MTV hidden camera show Disaster Date. Through posting on YouTube, he was cast on Failosophy on MTV. In 2013, Minhaj appeared in guest roles on Arrested Development and Getting On. He hosted Stand Up Planet in 2013 and a web series, The Truth with Hasan Minhaj, in 2014. In 2014, he voiced Rabi Ray Rana in the video game Far Cry 4.

In January 2015, Minhaj married Beena Patel, whom he had met in college at UC Davis. Beena received a Doctor of Public Health in 2013. She has since worked with homeless patients and holds the position of Management Consultant for MedAmerica. Patel is Hindu, which Minhaj discussed in his comedy special, Homecoming King. They live in New York City. On April 22, 2018, the couple had their first child, a baby girl. On March 19, 2020, Minhaj announced the birth of their second child, a boy, via Instagram.

In 2019, Minhaj played on the "Away" roster during the NBA All-Star Celebrity Game at the Bojangles' Coliseum in Charlotte, North Carolina.