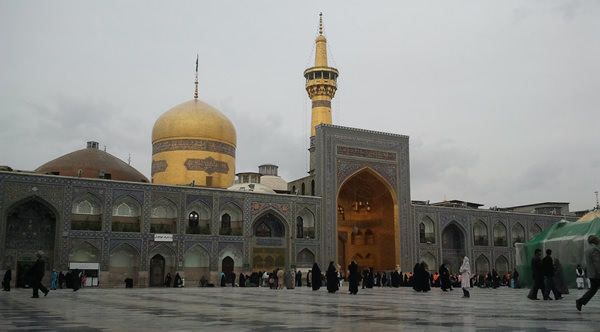 During Ramadan, some people start praying, some people start wearing hijab, some people start doing good things, … people start following Islam when they did not do it properly before. when you see such people, say alhamdulillah, because they are doing more good than they did previously. through Ramadan, they have improved. so say alhamdulillah. do not judge people, do not throw remarks such as these people only wanna be muslim now. by judging others, you are committing sin yourself. rather, acknowledge the good that these people are doing, and encourage them to continue. your bad remarks may make them stop, while your good, encouraging remarks may make them become pious muslims.

“When you see that girl with a messed up reputation in your area putting on the hijab and praying in Ramadan – that isn’t ‘trying to be sanctimonious.’ That’s the essence of Emaan. When you see the guy give up the club, put down the bottle, throw away the lighter and abandon weed and replace listening to rap tunes with the Qur’an in Ramadan – that isn’t fakeness. That’s the pinnacle of faith. When you see people taking the Qur’an off that dusty shelf and reciting it for the first time in the year – that isn’t being ‘typical’. That’s true belief and striving to be good. When you see a person sharing Islamic posts in the month despite their shortcomings – that’s not double standards. That’s a sign that a light exists in the heart. When you see that person without tajweed reciting without a beautiful voice – that’s not embarrassing. That’s a testification of the beauty that lives within their souls. When you see Mosques which are empty all year round fill up during the blessed month – that’s not hypocrisy. That’s a sign that truth still exists within the community.

Perhaps this year a single action of that person you label as a ‘Ramadan Muslim’ will surpass all of the worship and good deeds that you spent a life time doing. We all had a moment in life when things clicked and we were blessed with guidance. If Allāh can forgive prostitutes, mass murderers, and theives and give them Jannah due to sincerity then you think that girl without the jilbab, the brother without tajwid, those men without beards, those guys who didn’t pray, and the ‘Ramadan Muslims’ can’t be forgiven and given guidance due to sincerity?”

May Allah guide us. Aameen