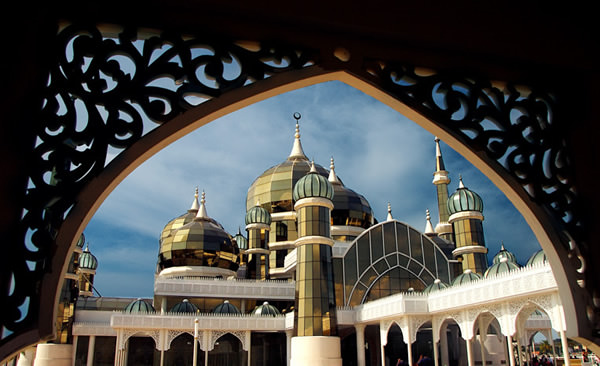 What Will Women Get in Paradise, While Men Get Beautiful Maidens (Hoor)?

The Qur’an mentions again and again the blessings of Heaven. It repeatedly mentions stunning, pure maidens as a bounty of Heaven. People typically say Islam is a male dominance faith. Why is there not point out of rewards for girls?

Almighty Allah says in Holy Quran: “And not one will thy Lord treat with injustice” (18:49). Quran also says: “Allah is never unjust in the least degree; if there is any good (done), He doubleth it, and gives from His Own Self a great reward” (4:40)

Allah has meant the Law of Islam (Shari’ah) for both men and women. All address to men in the Quran is address to women, and all rules affecting men affect women as well unless evidence is established that one of them is meant and not the other as in the rules relating to Jihad, menstruation, custodianship, rule etc.

The evidence that women are included in verses of the Quran in the male gender is a Hadith by Aysha, narrated by Abu Dawud, Tirmizi 113. With respect to rewards in the Hereafter and what women have in heaven, there are many verses and Hadiths as follows:

Um-Salama said: “O Messenger of Allah. I did not hear a verse in the Quran regarding the Hijrah (migration with the Prophet) of women.” Then was revealed the verse: “And their Lord has accepted of them, and answered them: never will I suffer to be lost the work of any of you, be he male or female: ye are members, one of another; those who have left their homes, and were driven out therefrom, and suffered harm in My cause, and fought and were slain, verily I will blot out from them their inequities, and admit them into gardens with rivers flowing beneath…” (Quran 3:195). This Hadith was narrated by Tirmizi (No. 3023)

Let us see one more verse: “If any do deeds of righteousness, be they male or female, and have faith, they will enter heaven, and not the least injustice will be done to them” (Quran 4:124).

Finally, here’s a Hadith that may dispel any doubt we could have with respect to the mentioning of girls: Um-Umarah mentioned that she went to the Prophet (PBUH) and mentioned to Him: “I really feel that the whole lot is for males. Women aren’t talked about as having something. Then was revealed the verse: ‘For Muslim men and women, for believing men and women …’” (Quran 33:35). The Hadith is narrated by Tirmizi (No. 3211) and is in Sahih at-Tirmizi (No. 2565)

What Will Women Get, While Men Get Hoor?

Anyhow, many students say that in context, the phrase ‘Hoor’ used in the Qur’an refers solely to women since gents are addressed. Therefore, the extra applicable reply could be the one from Prophet himself, when the query was posed that if a person will get a Hoor in Paradise what is going to the ladies get? The Prophet Muhammed replied that “the women will get that which the heart has not desired for, the ear has not heard off and the eye hasn’t seen”, indicating that even the ladies will get one thing distinctive in Paradise.

In abstract, a lady could have just one husband in Paradise, and he or she might be glad with him and won’t want any greater than that. The believing lady doesn’t object to the rulings of Allah or really feel offended. Rather she accepts what Allah has decreed for her. Her sound nature tells her that she can’t dwell with multiple man at a time. So lengthy as she has entered Paradise, she could have all that she wishes, so she mustn’t dispute now in regards to the delights and rewards that her Lord has chosen for her, to your Lord doesn’t deal with anybody unjustly.