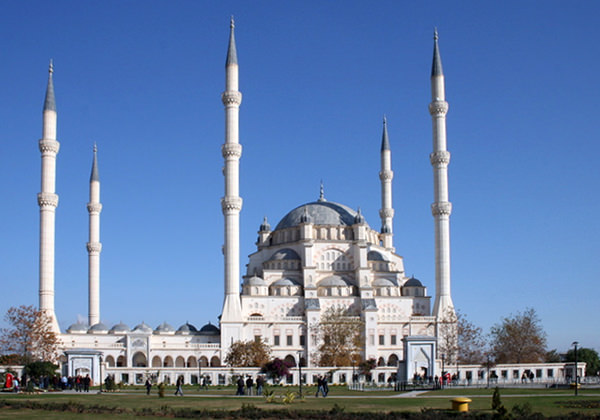 _Slm how was the fasting i hope it all went well ,may Allah accept our ibada and grant us Jannāh. Let me move straight to the point_

_My husband’s work involves traveling from one place to another and today something happened which I don’t know if it’s weird but he normally asks me for my nude pictures most of the times and sometimes I even send it to him without him asking just to please him but today what happened was that… _I sent a nude picture to him and he was online at d moment before I could tell him not to view the picture till after iftar he has already done that and few moments later he told me that his fasting has broken my question now is what just happened was it a sin we both committed? And when he is going to repay the fast is he going to repay only dat one fast that got spoiled or is he going to fast 60?_

Alhamdulillah, we ask Allah to accept our fast and to grant us mercy, acceptance and abundance, amin.

First, we apologise for a delay in responding to your question, we ask for your forgiveness on that. Jazakumullahu Khayran.

Then, may Allah forgive you both, our response will talk about three matters insha Allah.

It was wrong for you both in the first place to engage in the sending of nude pictures even though you are his wife. This is Haraam for several reasons. Of them is the impermissibility we have referred above. The Shar’iah has come to protect several interests and to avert several calamities. Can’t you even see that there is consensus today within the Cyber Security Experts that nothing sent over the internet is 100% encrypted and secure? Can you guarantee a 100% that these images will not be seen but by him only? Despite the fact that others may lay their hands on his phone? The phone may be stolen? He may upload it to other places in error? The phone may be sold out some day and certain people may recover even deleted files such as these images from such phones? All of these are possibilities that the Shar’iah is here to avert.

If he needs you and can’t hold off, let him return home. The Shar’iah has made you his wife, he requires no permission to approach his wife, why then must we engage in Haraam in order to meet the needs of our voluntary business exploits.

Or, why don’t he be traveling with his wife? Don’t you see that even on Jihad Campaigns in our history, soldiers either move with their families to the frontiers or are allowed frequent leave trips back to their families within a maximum of four months during the Era of Umar bn Al-Khattaab radiyallahu anhu?

In fact, these images can accelerate his desires and escalate them toward Zinaa because he is aroused by images he currently has no direct access to.

You both have to seek repentance from Allah on these images and ask Allah for guidance.

Second, we have no idea what exactly happened that implied his fast was vitiated. If what is meant was that he masturbated on account of arousal from the images, then there is no doubt that he vitiated his fast and what is obligatory upon him is to fast 60 days in consecutivity as penalty for intentional vitiation of the Fast of Ramadaan.

But if what you mean was that he ejaculated without a movement from him, then there is no blame upon him and he only needs to seek forgiveness. Since the Scholars mentioned that 3 things must be present for the Fast to be considered terminated in this regard. Ejaculation, Attainment of Pleasure and movement no matter how little.

What is clear in this story you have narrated is that he ejaculated and he attained pleasure but what is not clear is whether he made a movement or it came out of him merely by way of thinking. Please note that the movement we refer to here can be wiping his organs with his thighs, wiping his organs with his hand or simply moving his waist or his clothes. This would still be sufficient grounds for an ejaculation to be regarded as terminating the Fast. For the Fuqahaa when they mentioned these conditions did so to exempt the one who ejaculates out of fear or out of falling from a height or it’s likes that’s why they say the ejaculation has to be accompanied by some sexual pleasure, and they exempted the one who ejaculated with pleasure due to thinking and pondering over sex but did not make even a slight move since that will be holding a person punishable for a thought.

The third matter, whether you are obligated to join him in the observance of this fast? The answer is no for he was the one who ejaculated not together with you.

You must both hasten to repentance on this. You have a very high share of the sins here for you have weakened your husband’s resistance to temptations, you have encouraged his heart to the seeing of women nudes and he is prone to looking for it elsewhere if you were to withhold sending him yours. Seek forgiveness from Allah both of you, delete those images and never repeat this any more.

We ask Allah to bless you and your family, amin.