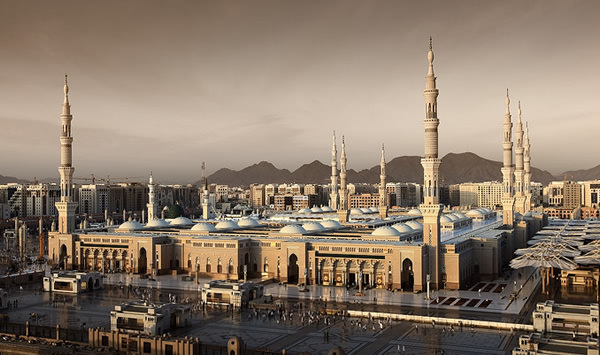 According to Islamic philosophy, God is the Creator of the universe. The ultimate reality, and the absolute and unconditional existence belongs to God alone. The universe and everything including man are God’s creations. So, their existence is relative.

God has no beginning or end. But everything else has a beginning and an end. God is an essential being in essence. He is the cause of the universe. The chain of all causes eventually reaches him. Islam thus rejects the claim that the root cause is ‘matter’ or ‘duality’. The continuum of causes is not infinite; i.e, the root cause does not require another cause.

The relationship between God and man in Islamic philosophy is between the Creator and the creation. God does not reveal or appear in man. Islam sees man in human nature only. Human nature is fundamentally sacred. By birth it is neither filthy nor sinful.

God has implanted two expressions in man. One is virtuous and the other is sinful. He who adores the virtuous aspect will rise spiritually and will be pleased by the God. He who chooses the sinful will defile the soul and fall victim to the wrath of God. The choice between the two is our responsibility. But the will, the intellect, and the wisdom of people are not all identical; it’s relative.

Man needs divine revelation to properly exercise his free will. Man cannot fully know the divine reality by his own logic alone. This is because man is not always vigilant about his wisdom. The Qur’an says that Adam ate the forbidden fruit because of forgetfulness.

The role of the prophet is to awaken people from oblivion. Prophets receive revelation from God. Revelation or prophecy is the source of wisdom that is not obtained through the five senses, reason, or experimental observations. Imam Ghassali introduces prophecy as ‘a special condition that helps one to see the irrational mysteries revealed by divine light’.

The philosophy of Islam fundamentally denies all material philosophical tendencies, such as atheism, skepticism, materialism, and Nihilism. Materialists see only matter as reality. They see mind and soul only as qualities of matter. Atheism stems from the argument that there is no reality beyond material and tangible objects.

It is quite natural that these arguments should not be accepted by Islam, which believes in the existence and oneness of God. Islam also does not accept the skepticism that it is impossible to say whether God exists or not. The Epicurean/Charvaka argument that life is to be enjoyed, and the pragmatic argument that all that is useful is right, do not agree with Islamic philosophy.