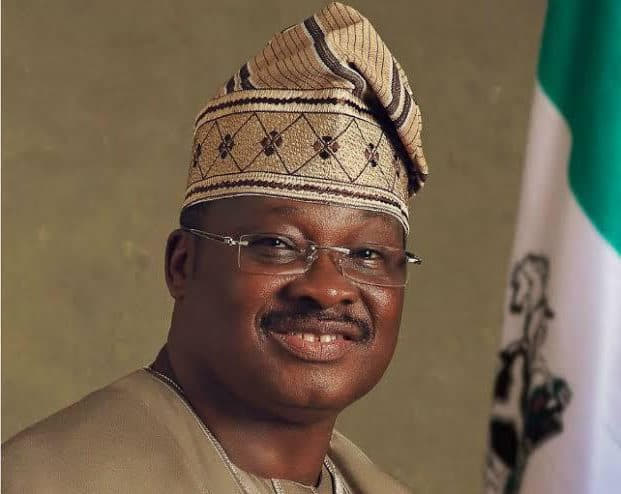 THE BENEFITS OF HAVING MUSLIMS IN GOVERNMENT: ABIOLA  AJIMOBI AS A CASE STUDY

During the regime of Late Isiaq Abiola Ajimobi, these are the few of numerous rights that we Muslims have been denied for years but Allah in His mercy used Ajimobi led  Government to give us our rights.

1. Aside Ekiti State, Oyo State government was the first that approved and gazette Hijab for our female Muslim students of the state.

2. He approved Hijrah Holiday calendar just as Christians have been enjoying Jan 1st as their new year holiday.

3. Three Oke-Ogun Muslim women were illegally sacked from civil service teaching commission because of their Niqob and we won the case at the court of law but then-governor late Adebayo Alao Akala of PDP who is a Christian refused to obey the court judgement to reinstate them, but Alhamdulillah, they were reinstated back to their work after we showed Ajimobi led government the court judgement and not only that, they paid them their withheld 3 years salaries.

4. Ajimobi led government granted us Maulud Nabee/ Birthday of Rasulullah, bcos the Christian are getting budget annually for the Christmas birthday of Jesus and its state money for all of us, we thought about the aqiidah issue of Maulud Nabee and our imams said we should agree with the government and packages for our imams as it has been enjoying by the Christians as well;

5.  Its on record as attested by His Eminence Sultan Of Sokoto and President General Of NSCIA that Ajimobi was the first sitting governor to build a personal Masjid in the whole of country when he realized that there was no single Masjid along the road from Under Bridge Molete to Dugbe in a Muslims populated environment while there’s uncountable of churches there.

6. During the Regime of Ajimobi,  a PS of education unilateral changed the community school’s name to Baptist school and ordered the Muslim female students not to wear the hijab again despite the government circular allowing it in the state. And when we reported to Ajimobi led government about the injustice, immediately he ordered the PS to rescind the decision and the school name was reverted

7. During Ajimoji regime,  a Christian school principal reported her Muslim vice principal that she should be sacked for observing her constitutional right by using niqaab in school but when Ajimobi led government heard the case, he invited both to his office, it was there he got to know that niqaab vice-principal Muslim woman will soon finish her PhD while the Christian principal was just NCE holder. What a great injustice!!!

8. Go and verify, that during the regime of Ajimobi, all the principal officers administrating of Emmanuel Alayande College of education were Muslims based on their performance by the consultant given the assignment without any favouritism. Though, Ajimobi himself was amazed by the result and wanted to change it to include Christian who performed woefully in the exam, but when they showed him that since 1985, the school had been administered whole principal officers by Christians.

I can’t enumerate all what we Muslims and Islam have  got from  Isiaq Abiola Ajimobi led government.

May Allaah accept these achievements as an act of Ibadah for the blessed memory – Isiaq Abiola Ajimobi and may He overlook his shortcomings and grant Him admittance to Jannatul Firdaoz. Aameen

Who can achieve these feats without his participation in politics?

Whoever told you Muslim that you should not play your own role in Nigerian politics is nothing but mischievous.

The evil in participating in politics is lesser

while the evil in not participating is greater as far as Nigeria is concerned.