The INEC staff including Mrs Rita, Mr Ikechukwu Izuchukwu and Miss Agbokhna Ebigun, were arrested following a complaint by the Chairman, Residents Association, Raji Azeem, to the police about ploys by the church to disenfranchise some members of the public.

According to Azeem, residents have waited to no avail at the INEC recognised registration centre only to discover that electoral officers have been camped at Catholic Church hall attending to members of the church.

He said, “The INEC registration officers, according to INEC provision should be stationed at 9A, Imam Thanni but this was not to be. We have been here awaiting their arrival but when we discovered that they were not forthcoming, we were worried.

READ ALSO:   Struggle for Rights and the Path of War 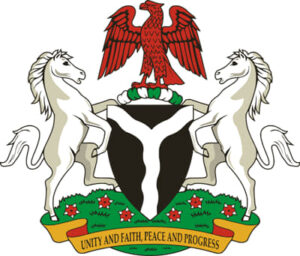 Only for us to discover that they have been camped at the St Brigigs Catholic Church auditorium on the influence of the parish priest registering only members of the church while we were in the queue waiting. It was a deliberate attempt to disenfranchise us.

The House 9A Imam Thanni registration centre has remained a constant polling unit since 1983. But the priest decided to play the religious cards by inducing the electoral officers to register only his church members.

The church members have been around since 5 am but we were unaware of their plan until we busted them in action and handed them over to the police at the Ijeshatedo police station. The arrested INEC officers have been crying and begging for their misdeeds.

READ ALSO:   The Man Who Burned the Quran

But they were granted bail by the IPO, Inspector Shola so that they can continue with the registration. He instructed them to return after the exercise and that they should discontinue the exercise at the church hall and move to the venue approved by INEC.”

Another resident, Omolabake Ishola, said the news that political thugs invaded the venue of the registration exercise is false.
According to her, the media platforms are deliberately distorting the truth of the matter.

According to her, “There were no thugs at the registering venue contrary to what is being reported by some media houses. The fact of the matter is that the INEC officers have been compromised and they decided to register only members of the Catholic Church while other residents were left out.

We have been around since 8 am only to discover that INEC officers are at the church hall registering church members. This isn’t fair enough. From what we heard, the Parishioner had announced that he had made arrangements for the electoral officers to come to the church hall to register all members. But we should ask ourselves, is there a registration centre at the church hall? We have to be truthful with ourselves.”

READ ALSO:   Letter to the King of Oman - Jaifer - and His Brother - Abd Al- Jalandi

Confirming the arrest of the three INEC staff, the Spokesman of the Lagos state police command, SP Benjamin Hundeyin said they were found within the church premises registering members.

He said, “The INEC officials were assigned to Imam Thanni Street by House 9A for today’s exercise. They were, however, found within the church premises. Residents raised concerns and informed the police. The DPO Ijeshatedo swung into action and brought the INEC officials to the station.