As Iranians Show Disgust with Their Rulers, Many Are Finding a New Way in Christ – CBN.com

Sparked by high food prices, protests in Iran are turning political as angry citizens express their rage at the government and religious leaders. Crowds in several cities and towns have taken up the chant, “Death to Khamenei” – referring to Supreme Leader Ayatollah Ali Khamenei.
The unrest reveals deep, widespread anger at the unfeeling and brutal regime, according to a manager with a Christian ministry in Iran that counsels and prays with Iranians by phone and social media.
Nazanin Baghestani is Program Response Manager with Heart4Iran Ministries, a coalition of more than 100 Christian groups spreading the Gospel in Iran through social media and satellite TV. She told CBN News that people are frustrated by high prices and long lines for basic things like wheat and flour, but the government doesn’t respond to their needs.
“Nobody cares. Nobody cares,” Baghestani said on CBN’s Christian World News. “When people complain, all they want to do is shut them up or shoot them or arrest them. So, people are very unhappy everywhere.” 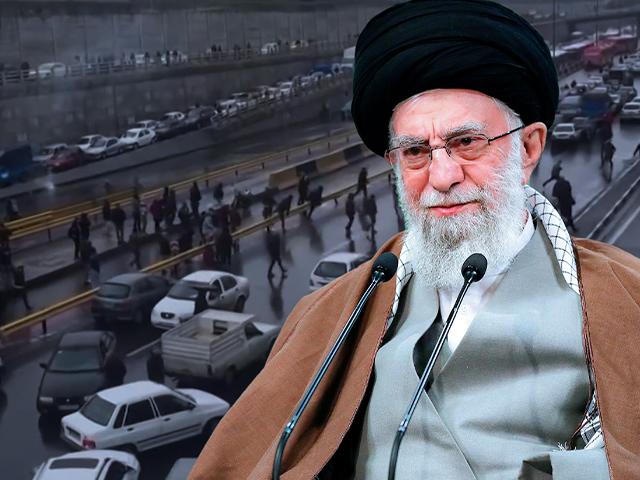 Conversations reveal Iranians are not only angry at the government but the harsh teachings and strict religious rules the Islamic regime enforces on the public.
“They are so fed up with Islam,” Baghestani said. “The leaders say, ‘Because of Islam you have to endure’ and (the people) say ‘we don’t want to endure this religion.'”
That’s opening the door for many to hear and explore the teachings of Jesus Christ. Though outside programs are banned, Gospel shows are beamed into the closed nation through satellite TV, and viewers are encouraged to contact call centers where they can ask questions and explore the Christian faith.
Social media platforms like Instagram, Facebook, and YouTube carry the message of Christ over the internet, where people engage with Christian counselors through online chats, posts, and message boards.
“So many, many are calling us and wanting a new God, wanting to look to Jesus … the new hope. Where else can they go if their religion is disappointing them?” Baghestani said. “They connect with us, they chat with us, and it’s so rewarding to see our people, in spite of all the darkness to find the light and they come to Jesus, it’s so rewarding.”
Some are seeing immediate answers to prayer in their time of need. One woman called to ask for prayer because her children were hungry and she had no food.
“We prayed for her and she went out to get bread and, miraculously, they gave her free bread. She was so happy she called us right back and she said, ‘Jesus is so good. I got free bread.’ You know, God is so good, He works in minor and wonderful things in people’s lives.”
Christians are persecuted in Iran. House churches are raided and believers face harsh prison sentences for preaching the Gospel, which is seen as an enemy of Islam.
Despite the danger, people are coming to Christ and the church is growing.
“You know, when there is more persecution, people are more courageous and we pray for them every day,” Baghestani said. “We gather, we fast, we team up and we pray for the underground church inside the country; for them to be strong, for them to hold tight to their faith, and stand … that they still witness to their friends, evangelize and many are coming to the Lord day by day.”
Please sign up for CBN Newsletters and download the CBN News app to ensure you keep receiving the latest news from a distinctly Christian perspective.

Who is Jesus? Is he really God’s Son? And what does Jesus have to do with Heaven? Your questions are answered here.
Need prayer? We’re available 24/7. Call (800) 700-7000 or request prayer.
Did you know?
God is everywhere—even in the news. That’s why we view every news story through the lens of faith. We are committed to delivering quality independent Christian journalism you can trust. But it takes a lot of hard work, time, and money to do what we do. Help us continue to be a voice for truth in the media by supporting CBN News for as little as $1.
Submitted by escamp on August 31, 2015 – 3:04pm
Stay informed with the latest from CBN News delivered to your inbox.