TEHRAN, Jun. 04 (MNA) – Imam Khomeini, the founder of the Islamic Republic of Iran enjoys many characteristics that differentiate him from other world leaders.
Today is the 33rd anniversary of the demise of Imam Khomeini, the founder of the Islamic Revolution of Iran. He is known to many global figures and enjoys different characteristics that differentiate him from other world leaders. His difference from the others can be seen in the interpretation of his stances and views in the speeches of the world’s great figures.
Imam Khomeini is the founder of the revolution and the school of thought that has crossed geographical boundaries and has become an important discourse. The revolution founded by him has not been limited to Iran and its effects can be seen in the region and other parts of the world.
Imam Khomeini, during his lifetime, while openly supporting the oppressed nations, especially the Palestinian people, and with full awareness of the problems and concerns of the Islamic world, considered the “unity of the Islamic Ummah” the key to their success.
All political figures and elites of the world, regardless of their different viewpoints and even their opposition to the Islamic Revolution of Iran, have not been able to ignore the important and influential role of Imam Khomeini in changing the course of history and the global equation.
Imam Khomeini always insisted on justice and followed it decisively. He gave up his own rights for the sake of God, the religion of Islam, and the unity of Muslims.
He always valued the Islamic Ummah and Islamic unity. Opponents of Islam are trying to provoke dissent among various Muslim groups, they spend millions of dollars on this. These are facts that the Muslim world should be aware of.
The Islamic community has been subjected to injustice for the last several centuries. It is true that this is caused by disunity, conflict, and disputes among Muslims. The Islamic world is still plagued by these, and it is a bitter truth. 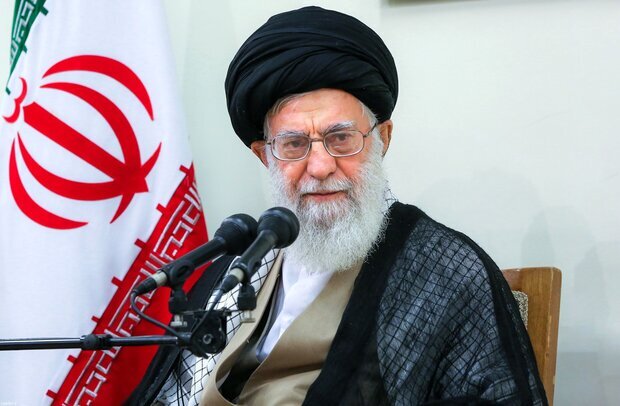 The Leader of the Islamic Revolution Ayatollah Khamenei stated that one of the goals of the Islamic Republic is to create a new Islamic civilization, and stressed that this is not possible except with the existence of unity between the Shi’a and Sunnis.
The Leader of the Islamic Revolution considers the issue of Palestine to be a major indicator for showing the unity of the Muslims. He explained, “If the unity of Palestine and of Muslims is realized, the issue of Palestine will definitely be resolved in the best way. The more serious we are about the Palestinian cause for the sake of asserting the rights of the Palestinian nation, the closer we will be to the realization of unity between Muslims.”
Ayatollah Khamenei lamented the mistake made by some governments in normalizing relations with Israel and said, “Unfortunately, some governments made a mistake. They made a big mistake. They sinned by normalizing relations with the usurping, despotic Zionist regime. This move is against Islamic unity and solidarity. They should turn back from this path and compensate for this grave mistake.” 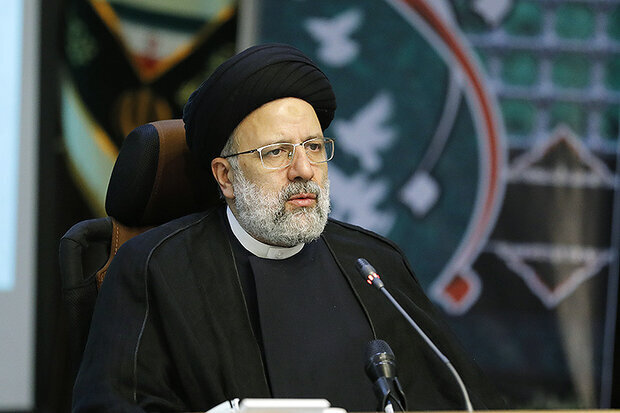 The 35th International Islamic Unity Conference kicked off in Tehran on Tuesday morning (October 19, 2021), with the Islamic Republic of Iran President Ebrahim Raeisi delivering the opening speech.
War and peace, Islamic brotherhood and fight against terrorism, religious free thought, Ijtihad and confronting extremism, Islamic solidarity, avoiding conflicts in the Muslim world, mutual respect among Islamic denominations, Palestine, and the Islamic resistance are among the issues to be covered.
514 speeches were delivered at the conference and streamed online on the official website of the World Forum for Proximity of Islamic Schools of Thought.
The organizers gathered together thinkers from all geographical regions of the world, including South America, Africa, Southeast Asia, Central Asia, and the Caucasus.
The conference marks the Islamic Unity Week which was raised first by the late Imam Khomeini. The week begins on the Prophet’s birthday as narrated in the Sunni tradition and ends on the same occasion as narrated in the Shia tradition. 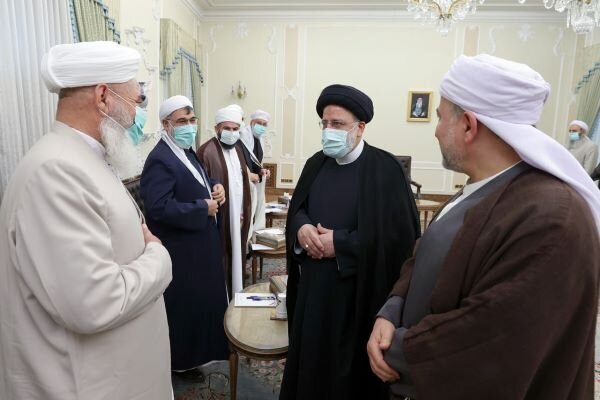 Speaking in a meeting with a group of Sunni Muslim scholars and clerics, Iranian President Ebrahim Raeisi talked about the important position of Sunni scholars in the history of the country.
“You Sunni clerics and thinkers have provided many services in your own country, and Shias and Sunnis have lived together in Islamic Iran for many years,” the Iranian President said.
Elsewhere in his remarks, Raeisi referred to the growth of takfiri movements in the region and said, “We must be careful about the influence of Takfiri and Salafi ideas in the country; British backed Shia groups and US-backed Sunni groups are two sides of the same coin, and both are anti-unity in the Islamic world, while unity is a strategy for the Islamic Republic of Iran, not a tactic.” 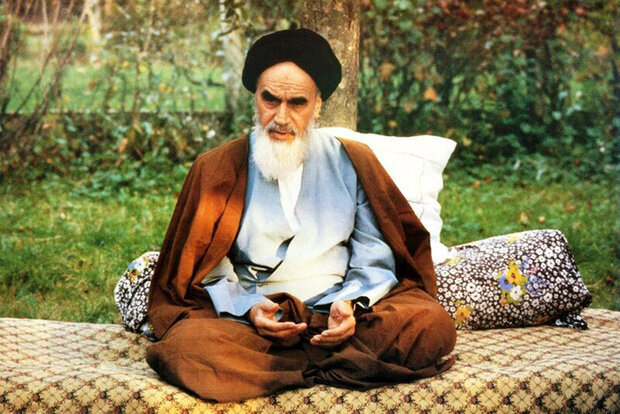 In the strategy of Islamic unity, which was pursued with the aim of uniting Islamic countries and Muslims of the world, Imam Khomeini emphasized strengthening commonalities and reducing differences.
In carrying out this important strategy, Imam Khomeini was not only a theorist, but he, like a warrior, was present on the scene alongside Sunnis and Shiites.
It was all of humanity and not just the Iranian nation that was addressed in Imam Khomeini’s political statements and ideas. The Iranian nation embraced this message, adhered to it, and fought for it, thus gained dignity and independence.
The political school of thought of Imam pursues such a blessing, independence, dignity, and faith for the entire Islamic nation and for all of humanity.
The Islamic Revolution offered a new image of Islam with the leadership of Ayatollah Khomeini both with regard to the role of scholars in the uprising of the Muslim Ummah and the restoration of the credibility of Islam at the international level.
Therefore, Imam Khomeini gave dimension and power to the Islamic Awakening movement, highlighting that the Islamic Revolution gave a new life to Islam. 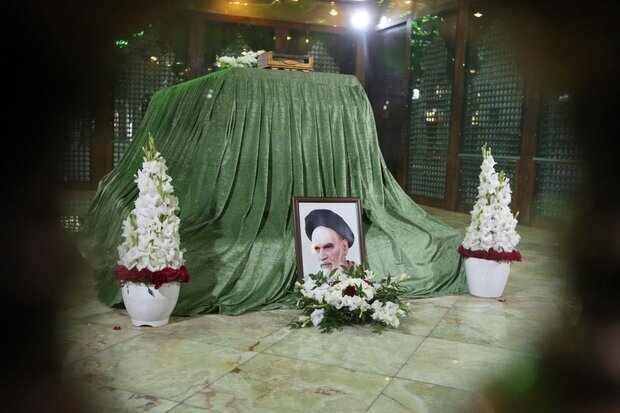 Grand Ayatollah Seyyed Rouhollah Mousavi Khomeini, better known as Imam Khomeini, passed away on June 3, 1989, at the age of 87.
As an anti-imperialist icon, he devoted his life to standing up to Iran’s former Pahlavi monarchy, a key ally of the United States, and eventually paved the way for the regime’s downfall in the 1979 Islamic Revolution.
Imam Khomeini spent many years in exile in Iraq, Turkey, and France, from where he led a swelling grassroots movement, which ultimately put an end to millennia of monarchical rule in Iran.
He came back home on February 1, 1979, after the Shah fled the country amid angry popular demonstrations. The Pahlavi regime fully collapsed 10 days later on February 11.
The thoughts of Imam Khomeini after his departure on June 4, 1989, are still current in Islamic countries, and today the nation and the Palestinian resistance are standing against the Zionist regime out of fear of the thoughts of Imam Khomeini.
Compiled and translated by Amin Mohammadzadegan Khoyi