By Leila Jackson ’22, student
May 12, 2022
The new book by Assistant Professor of Religious Studies Ariela Marcus-Sells explores the work of West African scholars who are rarely talked about in relation to Islam.
After 10 years of research and writing, Assistant Professor of Religious Studies Ariela Marcus-Sells has published a new book, “Sorcery or Science? Contesting Knowledge and Practice in West African Sufi Texts.”
Released in March by Pennsylvania State University Press, “Sorcery or Science?” focuses on the lives and beliefs of the Kunta scholars, Mukhtār al-Kuntī and Muḥammad al-Kuntī, two influential West African Muslims who lived in the Sahara Desert in what is now Northern Mali in the late 18th and early 19th centuries. These scholars believed that the physical world is surrounded by an invisible realm.
“They wrote a lot of works where they describe the world that we see as surrounded by this vast invisible realm full of invisible entities,” said Marcus-Sells, who is also the Distinguished Emerging Scholar at Elon. “This invisible realm is both around and within, so it surrounds and penetrates into the visible world.”
The works of the Kunta scholars describe practices to manipulate the invisible realm, with the goal of changing the material lives and conditions of people in the physical world.
“These practices involve things like trying to control invisible entities, creating amulets and talismans, performing numerology on say, the names of God, for the purposes of really anything you can think of: healing, defense, and traveling instantaneously between places,” Marcus-Sells said. 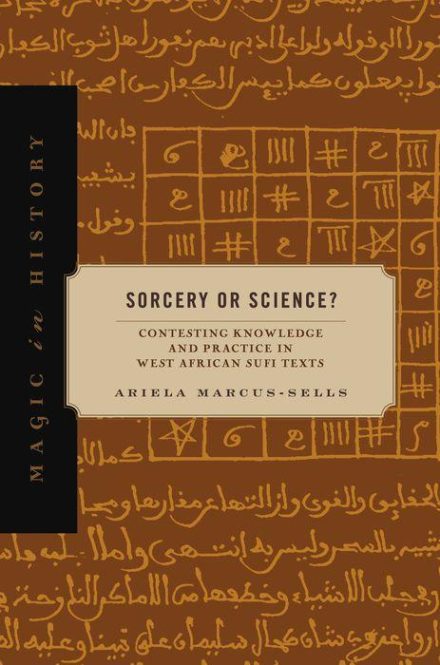 Marcus-Sells originally began research for this book for her doctorate at Stanford University in 2012. Research for this book took her to Mali, Morocco and France to collect materials. She has spent the last few years re-writing it.
“There’s actually been an explosion of interest within Islamic studies within religious studies and specifically on what is variously called magic or the occult,” she said. “That really has reframed a lot of this discussion and really changed my thinking on a lot of the approach to the book and these topics.”
Since Sorcery or Science? has been published, it has garnered interest among many other scholars in the field. In March, Marcus-Sells was invited to present at the Institute for the Study of Islamic Thought at Northwestern University.
Marcus-Sells’ work is unique because even though there has been interest in the history of magic within religious studies in recent years, scholarship has not yet connected Islamic traditions to ancient Mediterranean and Western European magic traditions. There is also only one other book about the Kunta scholars, which is based on outdated research, she said.
“I am contributing to an understanding of how Islamic history intersects with the development of the histories of magic, and also challenging certain ideas that these histories of magic and discourses about magic are exclusive to Western European history,” she said.
This book is important to Marcus-Sells because she wants to tackle the historical bias that West-African Muslims were not as intelligent as Muslims in North Africa, the Middle East and Persia.
“It’s just so not true,” she said. “These works are so cool and they’re so good, complex, and so sophisticated and they’re so deeply erudite, and I want to be part of scholarship that lifts up that aspect of the work of African Muslim scholars from the pre-colonial period.”
Posted in: Academics & Research Faculty & Staff
Tagged: Elon College, the College of Arts & Sciences Religious Studies
By placing Elon in their will, the Sawyers have joined A Will to Lead, an initiative that has inspired donors to contribute more than $12 million in estate gifts to the Elon LEADS Campaign.
As a fellow, Kelly will be working toward a master of public health degree through an initiative designed to tackle critical health issues.
Elon University has released its President’s List and Dean’s List academic recognitions for the 2022 spring semester.
Elon University has made available online customized announcements for graduating seniors and their parents to submit to hometown newspapers.
Get more Elon news delivered to your inbox.