Reviewed by Jonathan Schanzer
Foundation for Defense of Democracies 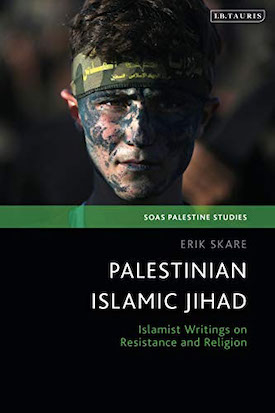 Skare, a postdoctoral researcher at the Center for International Studies, Sciences Po, Paris, has assembled and translated twenty documents written by the leaders of the Palestinian Islamic Jihad (PIJ), the anti-Israel terrorist group operating primarily out of the Gaza Strip since the group’s inception in 1981.
The documents (by leaders such as Fathi Shiqaqi and Ramadan Abdallah Shallah, the group’s first two secretaries general), help the reader better understand the ideology of a generally under-analyzed organization. They delve into the founding and thinking of the group, its perspectives on Islamic history and religion, its views on violence, and its relations with other Palestinian factions such as Hamas, Fatah, and the Palestine Liberation Organization.
Palestinian Islamic Jihad purports to address PIJ’s relationship with Tehran, currently the group’s most important financial and political patron, but the book provides very little insight into these deep ties. Indeed, the author dances around the immutable fact that PIJ today is a tool of Iran, instead insinuating that it maintains a modicum of independence. He also pretends that PIJ backed the Islamic Republic of Iran for reasons that were “not so much about theology” but because it was an ally against Israel.
Unfortunately, Skare’s failings extend well beyond this. His introductory notes to each document severely undermine his work. He laments that PIJ “is all too often dismissed as Hamas’ more violent and uncompromising little brother,” when that precisely describes what it is. He praises PIJ leaders for framing their violent ideology through history rather than religion as if that somehow better justifies their violence. He gushes over PIJ’s “refreshingly clear language” that is neither refreshing nor clear. He lauds PIJ leaders as “pragmatic,” a description that hardly suits the chieftains of a violent, terrorist organization.
In short, Skare provides valuable primary texts from which one can learn much about PIJ’s origins and outlook while his notes suggest that he drew too close to his research subjects—an all too-common problem in the deeply tainted field of Middle Eastern studies.
Related Topics:  Palestinians  |  Jonathan Schanzer  |  Summer 2022 MEQ receive the latest by email: subscribe to the free mef mailing list This text may be reposted or forwarded so long as it is presented as an integral whole with complete and accurate information provided about its author, date, place of publication, and original URL.
Subscribe to the MEF Mailing List
Latest Articles
Latest Webinars
Latest Press Releases
Latest MEQ Articles
©1994-2022 The Middle East Forum   •   E-mail: info@meforum.org   •   Tel: 1 (215) 546-5406