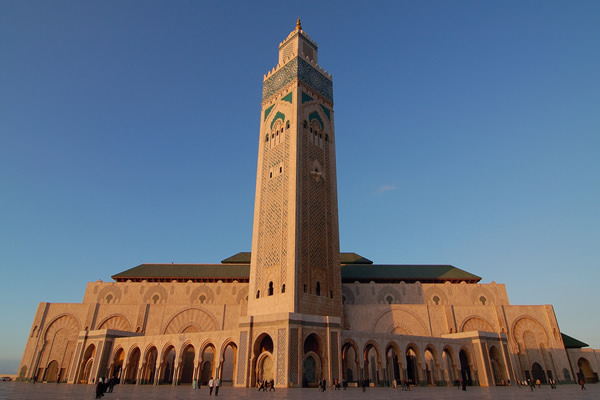 Why Do So Many People Embrace Islam in Today’s Times?

It might be true that Muslim birth rate is higher than the non-Muslim (keep in mind that this is the justification of those who deny the fact that people convert to Islam). But this does not neglect the fact that Islam is spreading rapidly in the term of converts; and USA and UK are the best examples.

Islam has drawn converts from all walks of life, most notably African-Americans. Former NAACP President Benjamin Chavis, who joined the Nation of Islam, personifies the trend: “In societies where you have minorities that are discriminated against, I think they may find an appeal in Islam,” said Waleed Kazziha of American University in Cairo.

Islam is embraced by so many humans in all centuries because it is the Truth, and it provides practical and comprehensive solutions to problems of humankind. Islam not only teaches good things but also shows practical ways of achieving that state of goodness.

Muhammad (PBUH) is the last Prophet of God. God revived through him the same genuine faith which had been conveyed by all His Prophets. This original message was earlier corrupted and split into various religions by people of different ages, who indulged in interpolations and admixture. Whoever realizes this fact are accepting Islam without any confusion.

Since there was to be no messenger after Muhammad (PBUH), the Holy Qur’an is preserved word for word so that it should be a source of guidance for all times. But none of other religious scripture is preserved in its purest form, and therefore none is free from mistakes and contradictions except the Glorious Quran. This fact also attracted 1000s towards Islam.

The reason for the rapid spread of Islam was the attraction that the thinking people developed towards an ideal free from superstition upholding the worship of the ‘One and Only God’, the Creator and the pursuit of His messengers. It was only natural for those thinking people to be drawn to the practice of a faith that sought the path of ‘surrender to God’, at a time when their perceptions were fogged by false deities, and their agents who posed as priests.

The ideal of ‘One God, one humanity’, simultaneously put forth by Islam, uproots the parochial beliefs put up in the name of one’s birth. The access to the message of ‘one humanity’ experienced by those who were being oppressed in the name of religion and caste, further led to the propagation of Islam.

The selfless and sincere lives led by Muslims who migrated different parts of the world for business purposes and the like, also drew the people of those countries to Islam. To this day, Islam, which occupies the mind of man though manifold noble ways, continues to influence the thoughts and deeds of millions of peoples in all continents around the world, with its sterling ideals.

In summary, the reasons for the rapid and peaceful spread of Islam was the purity of its doctrine – Islam calls for faith in only one God. This, coupled with the Islamic concepts of equality, justice and freedom, resulted in a united and peaceful community. People were free to travel from Spain to China without fear, and without crossing any borders.

Another reason why more and more people are becoming attracted to Islam nowadays is the media. The media is portraying Islam in a bad way and is printing against it. This has raised curiosity among people to learn what this religion is about. When they stop believing blindly in the media and look deep into this religion, they find it a religion that is the most logical, scientifically perfect, and true…